Measuring longitude difference with the eclipse of Alexander the Great

Alexander the Great (356 – 323 BCE), is one of the most famous figures in world history. He was king of the ancient Greek state of Macedonia and one of the greatest military generals of all time. His military success was such that by the age of thirty, he had created one of the largest empires of the ancient world, expanding all the way from Greece to India.

Alexander the Great: Taken from https://en.wikipedia.org/wiki/File:Alexander_the_Great_mosaic.jpg

​One of the most decisive battles during his campaign was the Battle of Gaugamela that took place on the 1st of October 331 BCE (also called the Battle of Arbela), near the modern city of Erbil in Iraq. In this battle Alexander defeated the Persian king Darius III, leading to the fall of the Persian Achaemenid Empire. 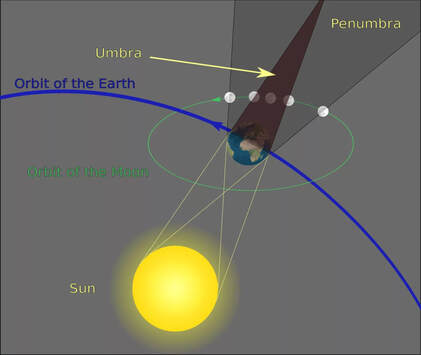 In those days eclipses were considered as important, and sometimes dangerous, omens and had a great effect on the population including soldiers fighting wars. In this section we will investigate the effect of this particular lunar eclipse on the historical battle.

What is more, sightings of this particular eclipse were later used by the famous Greek astronomer Ptolemy (100 – 170 CE), to conduct astronomical calculations in order to estimate the difference in longitude between two cities. We will use also Stellarium to reproduce these ingenious calculations. 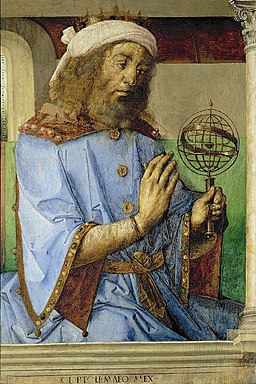 Next, set the location to Erbil in Iraq. Note the longitude of Erbil, you will need this later in the section.
Set the local time to around 7:35 pm.

You must now look closely at the Moon, to do this you should click on it and then press the Page Up key to zoom in. Progress the time until you observe the beginning of the lunar eclipse.

What is the local time at Erbil when the lunar eclipse becomes total, i.e. when the Moon first becomes fully submerged in the shadow of the Earth? How long does totality last for?

In other words, the prediction was that if an eclipse of the Sun or the Moon occurs and Jupiter is faint (i.e. close the horizon) or Jupiter is not present (i.e. has set), then a kingdom will end. Jupiter was seen as a favourable planet and was assumed to protect the king during an eclipse if visible. Astrological predictions may not have any scientific basis but in ancient (and even in modern) times they had a great influence on people, even on kings. According to ancient sources the Persians were struck with terror when the eclipse occurred, and this may have affected the outcome of one of the most important battles in history.

In a more scientific way, the lunar eclipse of 331 BCE was also used for geographical calculations. The Greek astronomer Ptolemy, more famous for his theory of planetary motion which endured for around 1,500 years, followed an ingenious method (initially devised by Hipparchus and also used by the Roman natural philosopher Pliny the Elder), to determine the difference in longitude between the cities of Arbela (very near to where the battle took place) and Carthage (one of the great cities of antiquity located in modern day Tunisia). The method he used was the following.

A lunar eclipse occurs at a unique instant in time and is therefore viewed at the same moment in time from any location where the Moon is visible. Two observers, one in Arbela in the east and one in Carthage in the west will see the eclipse begin at the same instant. If they look at their clocks, however, the local times at which the event occurs will be different. In Arbela clocks are ahead of those in Carthage. This is because local time is essentially determined by the position of the Sun. So, when the Sun is at its highest point in Arbela, i.e. at midday, it is still at a lower point and further to the east in Carthage, i.e. it is still earlier in the day. To understand this, imagine that the final of the Champions League is starting. In Athens in Greece the time is 21:45 whereas in Glasgow it is 19:45, even though the game starts at the same instant.

Nowadays, the world is divided into time zones so even places with different geographical longitude (for example the cities of Glasgow and Edinburgh in Scotland) follow the same time. In the past, however, each geographical position followed its own local time and (for dates before the late 18th century CE) this is the time shown in Stellarium.

The Earth rotates at 360 degrees per 24 hours, i.e. at 15 degrees per hour. This means that each hour of time difference in time corresponds to 15 degrees difference in longitude. To understand this, imagine that it is midday in one city, i.e. the Sun is directly to the south. In another city the local time is 10 am. As it takes two hours for the Earth to rotate enough so that the Sun is directly south in the second city (for it to become midday there), the two cities must be separated by 2 x 15 = 30 degrees of longitude.

Set the location in the Location Window to Carthage in Tunisia. Note the longitude of Carthage.

It is worth noting that although Ptolemy’s method was very clever, he in fact had to rely on data obtained 350 years before his time which was not accurate. So unfortunately, although his method was correct, his final result was wrong. Hopefully Stellarium will have helped you obtain a more accurate estimate.